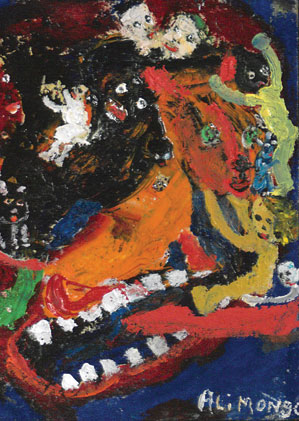 Crystal Ball Gallery presents the works of Mongolian-born artist Ali Mongo (º1938) who lives at the moment in San Francisco. The title of the exhibition “Et in Arcadia ego” (Even in Arcadia I exist) refers to the ironic combination of a quotidian conviviality with the shadow of death in Ali Mongo’s work. The artist’s imagery fuses inspiration drawn from his Mongolian roots with creative impulses from his travels as a seaman around the globe. In his colourful paintings the artist creates a garden populated by animals, creatures and humans, connected through his impressions and thoughts. A special iconography of abstract forms mixed with figurative gestures is constructed through pushed pointillism and waves of the paint brush. Ali Mongo, whose name always changes on the go, is influenced by modern art as well as by the daily human interrelationships that catch his eye in North Beach, a neighbourhood in which the Beat-spirit somehow never really died. In North Beach Ali Mongo is a well-known character. Photographed by many, he has also had poetry dedicated to him, such as Dave Steel’s Cognac Apprenticeship with Sammy Ali Baba. Outside Ali Mongo’s window, where Grant corners onto Fresno Alley, the blues pulsate out of the Saloon and provide him with the necessary musical vibe. Around the corner is Café Trieste where Ali Mongo paints every day. In the 1950s and 1960s Café Trieste was a legendary meeting place for Beat movement writers, sex-related performers and activists. Nowadays it still continues to attract artists and writers. His nights Ali Mongo spends in the sailors bar Specs at the other side of City Lights bookstore. The small size of his paintings is not only the result of living permanently in cramped hotel rooms. In contrast to the present-day art scene the humility of his work has an inimitable magnitude about it. Mongo will be present during the exhibition by way of a video message.

Curated by Manfred Kirschner and An Paenhuysen. 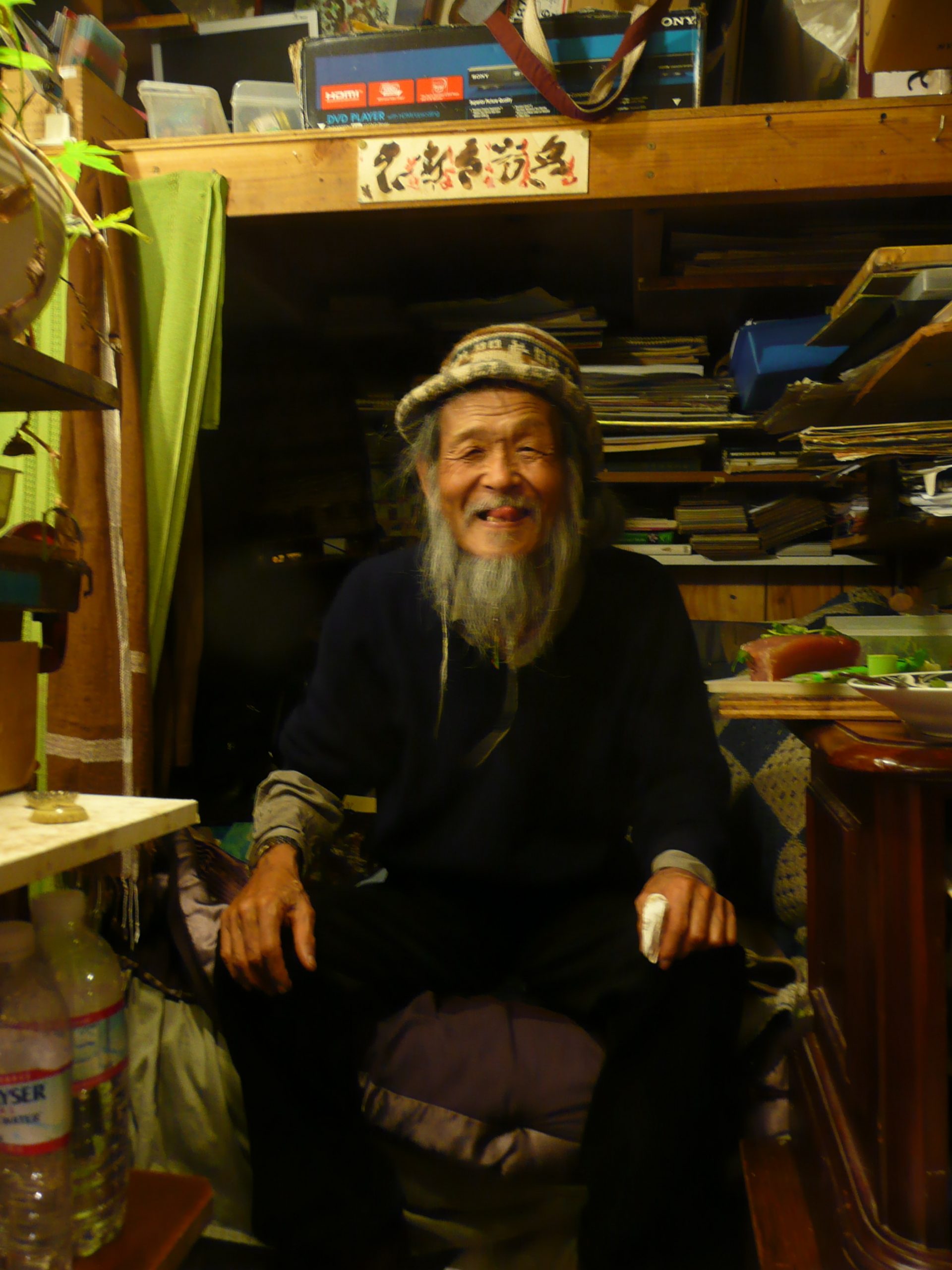 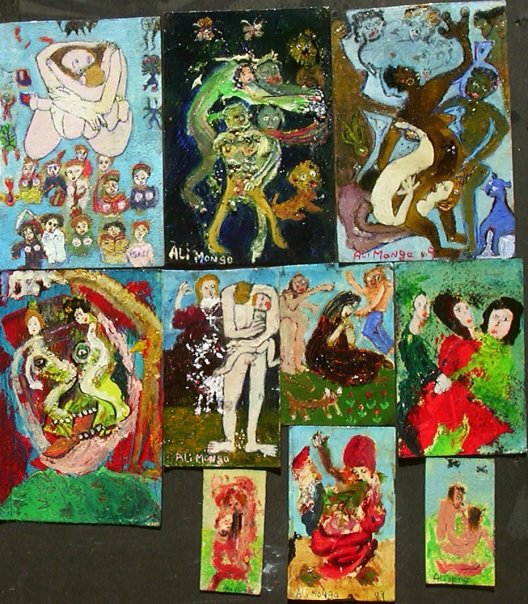 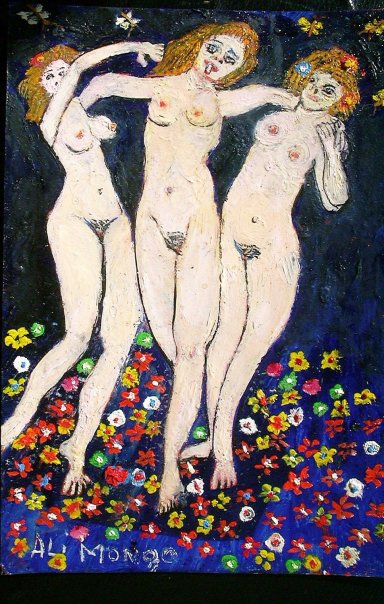 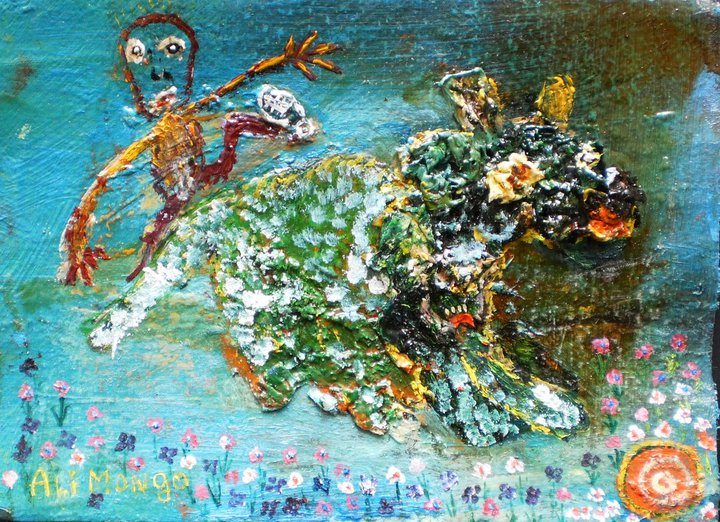 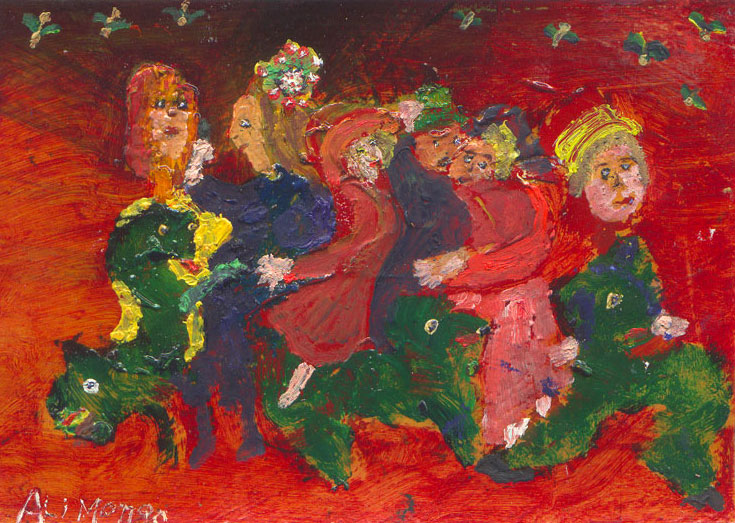 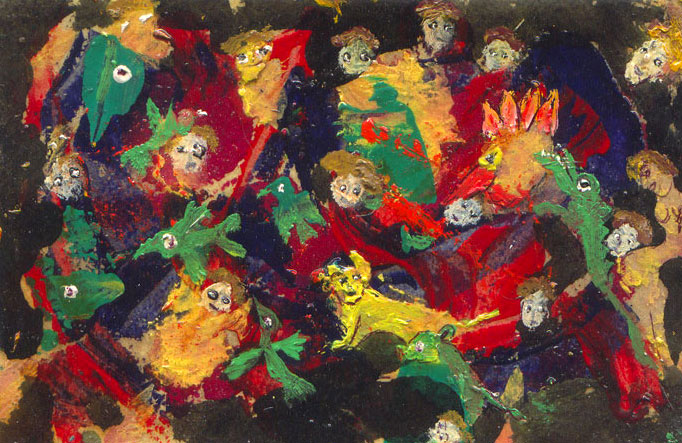 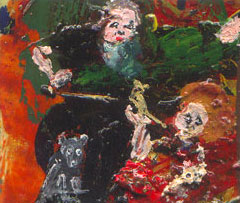 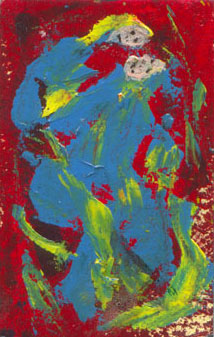 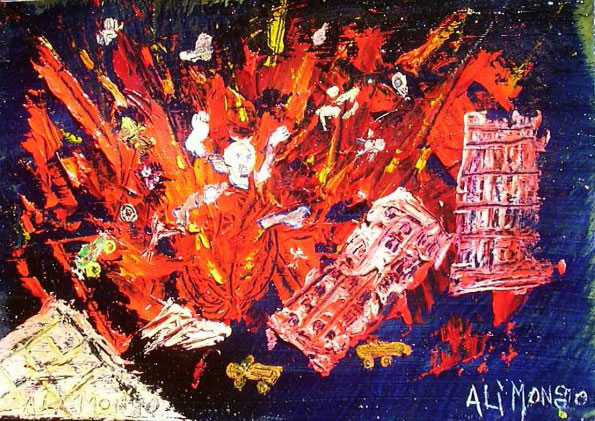 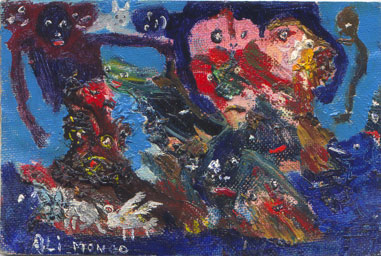 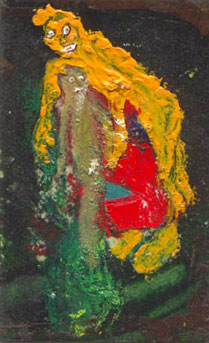 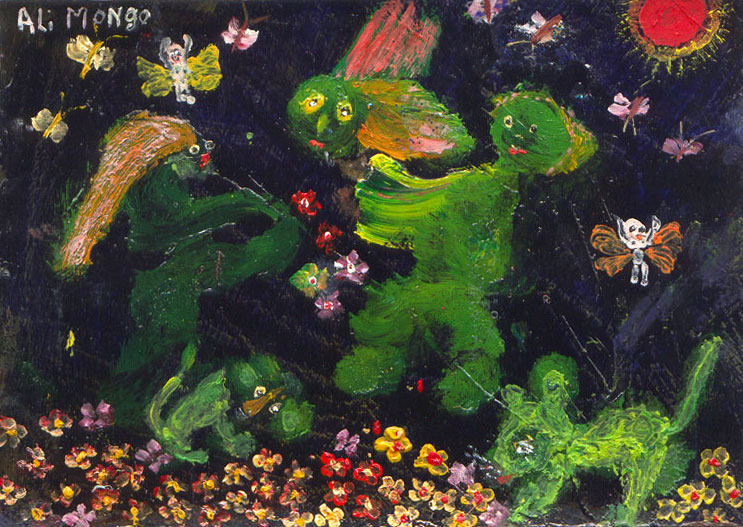