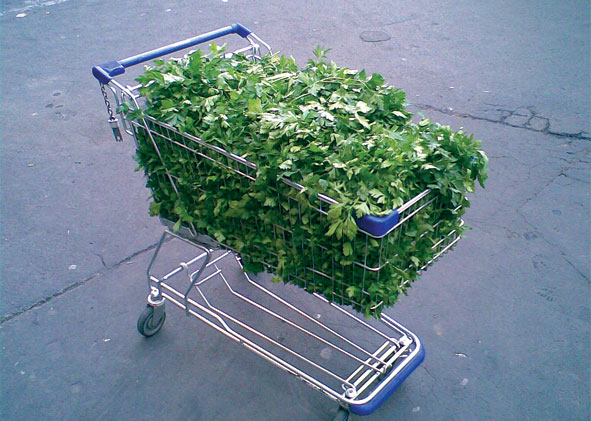 The actions of the jesusboutique artists focus in their work political and social absurdity. In this relation they unmask the subjective as a reflection of an illusion and distortion of own sense. One could say in their installations and performances jesusboutique act as the narrative element in an apparently demystified outside world. So they offered the Temporäre Kunsthalle including the actual exhibition (curated by John Bock) and associated café and bookshop on the web site “immobilienscout24”. The hall that is to be finally closed and deconstructed on the 31st of august should be, according to the artist duo leaded to a wise aim. Through the fact of its actual installation the building features 3 attached floors with enough space to live. In case that it is to break away categorically, jesusboutique propose that the “Palast der Republik” should be reconstructed to stand as a steady spot for a Kunsthalle in Berlin. It is to fight against waste and hedonism. Political, Social and cultural disparities are to be dissolved. Art is to be dying says jesusboutique, while Jonathan Meese is proclaiming the revolution of it, they claim to release it from its sickness. From the 27th of august the actors of jesusboutique show “All You Need Is Lost” and fill the space with paintings, clothes and what they like to do, of Crystal Ball gallery in Kreuzberg. In winter the first record of jesusboutique will be released.