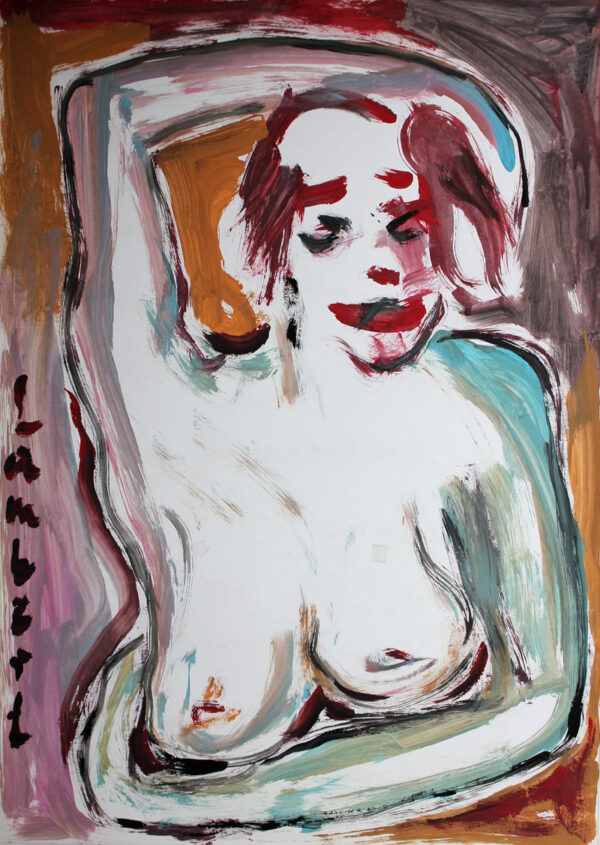 Lothar Lambert will be a guest at Galerie Crystal Ball and Pension Berlin in November. We are very much looking forward to it! Lothar Lambert’s painterly work is as extensive as his cinematic work. The artist’s particular interest here is also given to portraits and images of people, which he produces in a fast-paced, intensive way of working in close succession. A sensitively responsive gesture, the artist creates an intutive and expressive painting with a spontaneous stroke. From a wealthy collection, we exclusively show a selection of paper works and paintings on canvas in the gallery, as well as four films by the artist in the Pension Berlin, with which we work together for this presentation. On Thursdays, the films are shown in the program of the Pension Berlin, which is a few meters from the exhibition space, in the presence of the director.

“King of the Berlin Underground”, “Warhol von der Spree”, “poor man’s Fassbinder”, the labels are just as numerous as his films at the Berlinale, seventeen from a total of almost forty films so far. And he still films them, the hardships, especially the sexual ones, and the small stories of life on the fringes of society, the others, the transvestites, the migrants, the prostitutes, the madmen in the West Berlin biotope.

Lothar Lambert’s films are trash culture, but they also show us the great stories of love, life, freedom that grows in secret – naked and blunt. In the Salon-Kino, on Thursdays at 7 p.m. in the Pension Berlin at Schönleinstraße 33, Kreuzberg: