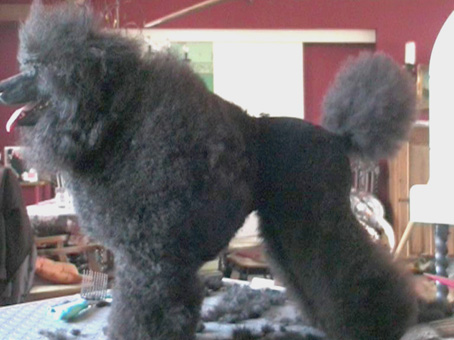 With Best in Show, Roland Eckelt presents his same titled video installation in the shop window of the gallery. The film shows in a playful and subtle way dictatorial, human domination over animals – here exemplarily in the absurd procedure of the competition for the best of its breed, the so-called Best in Show. Sculptural and aesthetic artistic strategies such as color and form theory are mirrored by the artist in the video work in the breed- or paddle-breeding and unmask it in a subtle visual way .