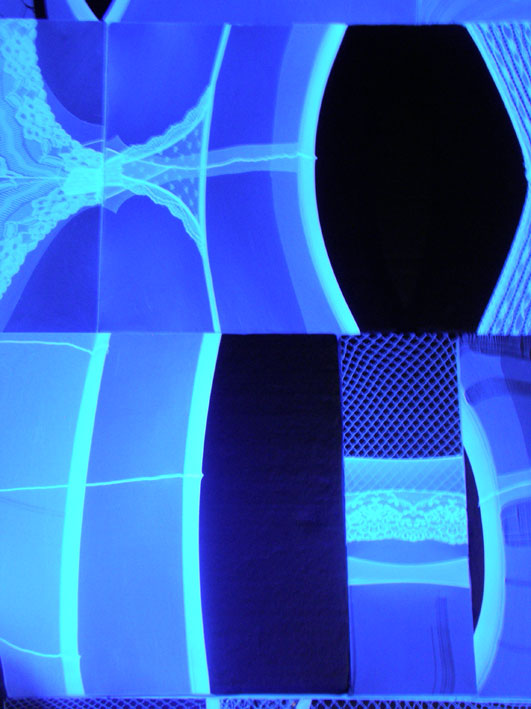 The artist Michaele Brüll works with nylon stockings. She mainly uses the top part of the stretchable pants to create images, objects and installations. She can always draw inspiration from an always renewable fashion of various colours, shapes and textures. The results have a versatile aesthetic. Each image, as well as compiled objects and canvases, that she covered with nylon approach a sensitive picturesque position as well as an abstract conceptual progression. In her exhibition in the Crystal Ball gallery Michaele takes on a  structuralistic approach, which maintains throughout a sequence of repeated  forms a wonderfully ironic architectural character. Stocking after stocking, a rhythmic fabric finds itself by citation in a great shape construction. The artist laces and copies them in such way using the arcs that are formed so as to create an bridge inside the gallery. This opens up a variety of interpretations and associations, which derive from the installation´s narrative form, between the corporeal and a cinematic urban ambience. The setting will be specially illuminated during the night, making it visible from the gallery´s window. The space is accessible at our opening times and features further works by the artist as well.