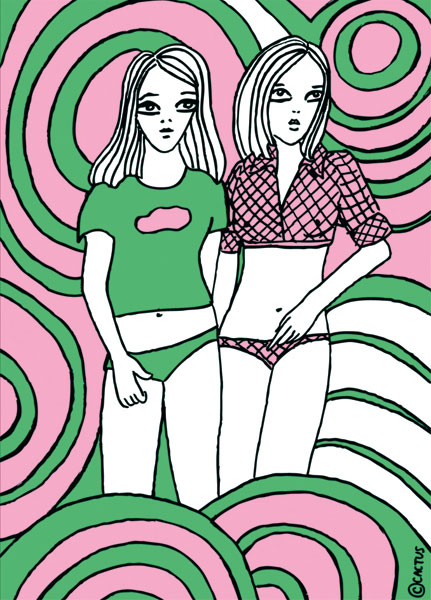 Saturday the 21st Sept. 2013 at 8 p.m.
Exhibition opening with performances
Extended until 26. October, with Finissage at 8 p.m.

Against a pseudoliberal atmosphere, the exhibition „Monstergirls“ points out different contrary imaginations of the female sexual role and is backing to science fiction and horror films, inspired through personal and popcultural phenomena. The image of the girl seems in a society which spreads out over-individualised visions as a mass idol, increasingly dominated by an unrealistic egocentric stardom.

Firstly the idea of the equal status of women is fullfilled in it´s true realisation rather than in the promise that every girl can become a fotomodel or a popstar. The exhibition and the performances shift casually around these opinions and the spectrum of the works and techniques unite drawings, paintings, comic stills and performance art.